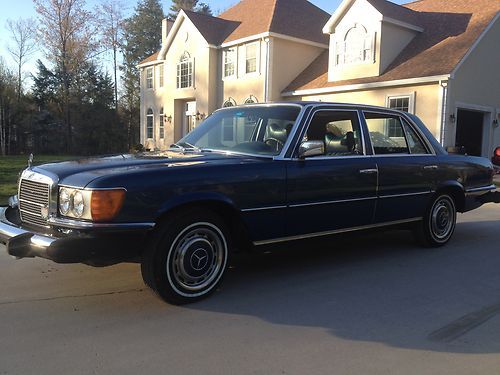 Nice original 280 SE in great condition. Auto, climate control, cruise control, no rust, beautiful car. Drives like a Mercedes, original hub caps with original paint on them which is hard to find in the older Mercedes. Medical kit that still has all of the supplies, trunk is great shape with the carpet that matches the interior, two brand new winter tires comes with it. This car is really nice for the year, very few around that are not rust buckets.