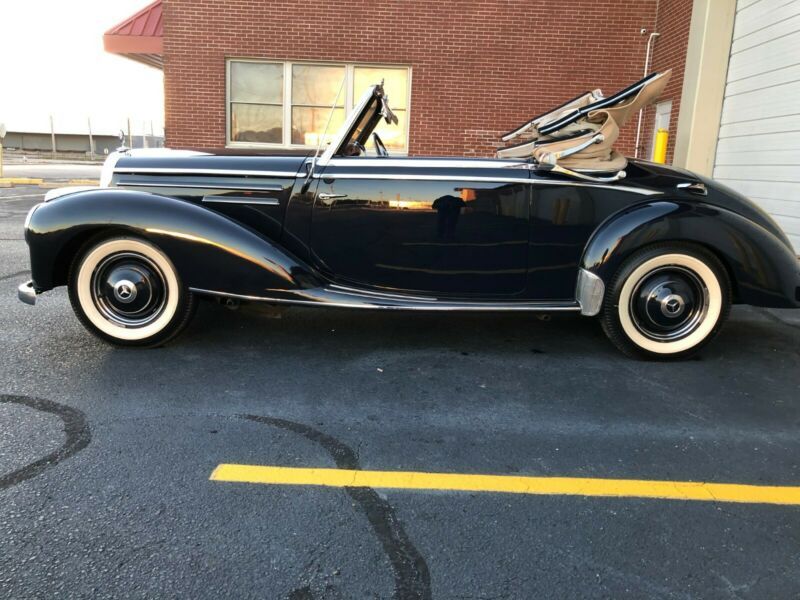 1953 Mercedes 220 A Cabriolet comes in a beautiful Dark Blue with A Red Interior. Very nice Restoration inside and
out. Restored to original condition, comes with numerous service records and history still retains all of its
original interior and luggage.