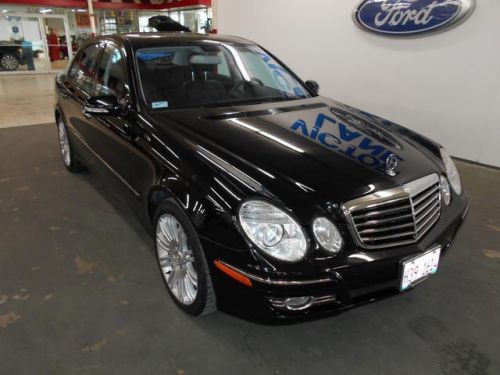 GREAT VEHICLE HISTORY!, LEATHER!, NAVIGATION!, And SUNROOF/MOONROOF!. Sleek Black! Come to the experts! Imagine yourself behind the wheel of this terrific-looking 2007 Mercedes-Benz E-Class. New Car Test Drive said it ...delivers a combination of attributes surpassed by few cars or trucks anywhere...luxurious, comfortable and fast, yet the cost of operating it, measured by fuel consumption and anticipated maintenance, is reasonable... You just simply can't beat a Mercedes-Benz product. J.D. Power and Associates gave the 2007 E-Class 4.5 out of 5 Power Circles for Overall Dependability.

What are you waiting for? You need to see this vehicle for yourself. This E-Class is waiting for you. Come in today; you're always a winner at Victory Lane Ford! We provide financing as well as the availability of extended service contracts on your vehicle. You will be impressed with how easy and stress free the buying buying experience is with Victory Lane Ford.For more information please visit our website www.teamvictorylane.com or call us toll free at 888-834-7218