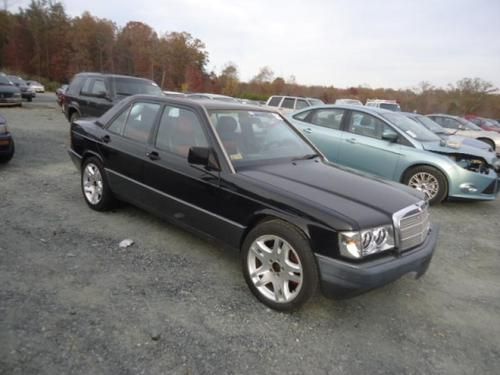 RARE HARD TO COME BY 190E SPORTLINE  1993Read about the limited production of this car online. This car is in really good cond for the age. Body is straight , Has upgraded headlight, car has lip spoiler on rear. these cars came from the factory with black and red lleather recaro seats front and rear. The leather is really nice for the age of the car. It will need one rim to match the rest which can be found at a junk yard using ca-part.com . I had found one for 100.00 bucks  but it sold before i could get there to pick it up. They are double spoke 17s off of 2003-2005 e class mercedes. This car came to me with the spare on it. If you are really seriouse about owning this car give me a call i can tell you what you need to know... 434-579-7918 THIS CAR IS ONLY A 2 OWNER CAR AND NO ACCIDENTS!!!! CHECK THE CAR FAX FREE REPORT here. You want a rare car you wont see your buddy with this is it ! These care becoming harder and harder to come by. I saw just the seats bring 1000.00 here on ebay.