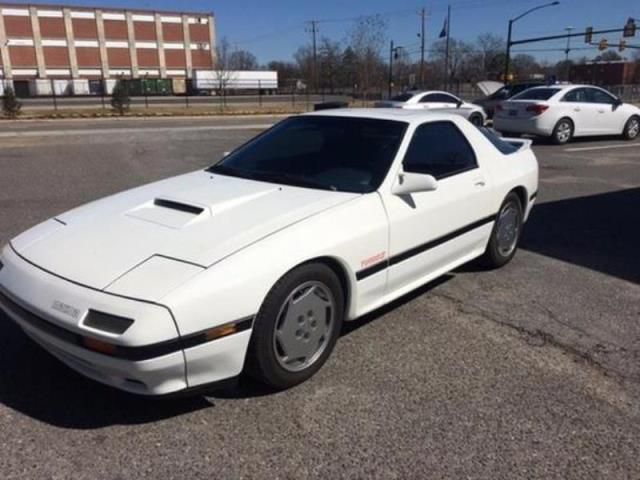 If your looking for a second generation Turbo II then this is definitely the one you want. Just about everything you could do to upgrade the vehicle has already been done. Car looks great and drives great. Everything on it works. Upgrades I have done to the vehicle include: New tires in the last 2 months, all 4 wheels completely refurbished, tinted windows, new stereo with bluetooth audio and USB port, new speakers, amplifier, new headliner, new custom floormats, replaced the window molding on the front and back, new LED headlights, new LED fog lights, and the previous owner had the car completely repainted about 2 years ago.

Looking to buy one of the limited-edition 25th Anniversary Mazda MX-5 Miata roadsters? Well, you're too late. According to Mazda, all 100 examples of the darling two-seater have sold out - and it only took 10 minutes.
On Tuesday, Mazda opened its pre-order site for the limited-run Miata, and had intended to keep the site running until May 31, or until 250 customers were registered, whichever came first. Just 10 minutes later, 250 people had signed up. Now, Mazda will contact those folks, and the first 100 that are verified will be given the opportunity to pre-order the unique MX-5. "Upon verification of purchase intent and transmission selection, the customer's information will then be forwarded to the dealership of their choosing to finalize the transaction," Mazda said in a press release.
The 2015 MX-5 Miata 25th Anniversary Edition models will arrive at dealers this summer, retailing for $32,205 with the six-speed manual, or $32,655 for those desiring the automatic transmission. Based on the PRHT (Power Retractable Hard Top) model, the limited-edition Miata adds Bilstein shocks, a Soul Red metallic paint job (the same found on the gorgeous Mazda6) with a contrasting black roof, gunmetal wheels and an off-white leather interior. Special badging will be found inside the car, and buyers will also be treated to a custom-crafted Tourneau watch and a display winder box.