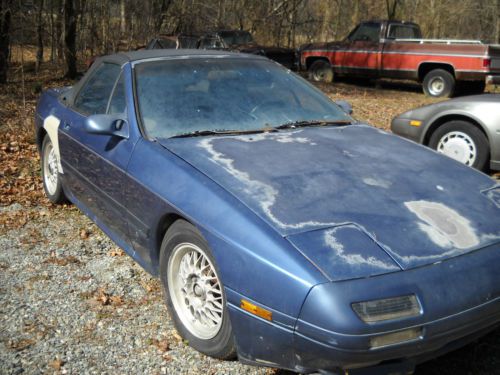 Washington Redskins starting running back Alfred Morris might not drive a flashy sports car or SUV, but after today, he'll be driving the nicest 1991 Mazda 626 on the planet.
Back in July, Morris temporarily traded in his 626 - cheekily named Bentley - for a 2014 Mazda6 loaner courtesy of Mazda, and today the sedan was presented back to him after the ultimate PR stunt: a reported 275-man-hour restoration that left this 22-year-old daily driver looking like it just rolled off the assembly line.
Not everything was brought back to original condition, though. The expired sticker from Morris' final year at Florida Atlantic University was left on the windshield, but to fit the car's nickname, a few high-end touches were added to the interior. This includes the quilted, cross-stitched leather seats (just like a real Bentley) and the touchscreen Pioneer audio system. There's also a plaque under the hood marking this car as the "Alfred Morris Project."