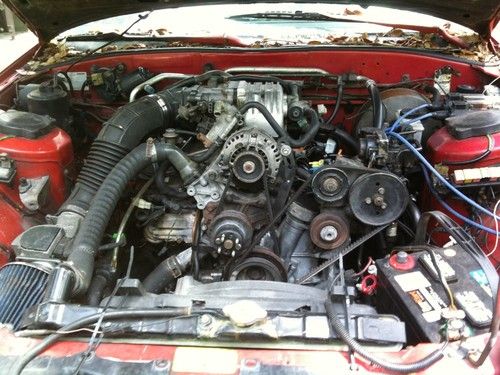 This car is a great car for a restorer . Engine does not smoke . Runs strong. Only rust spot on car is just above windshield line. Vin # indicates that it was a turbo injected 1.3. Now it is an Injected 1.3 out of a later model RX7.  Probably one of the few that does not smoke. You can put a turbo on this one and price jumps substantially. Has AC compressor but missing bracket.