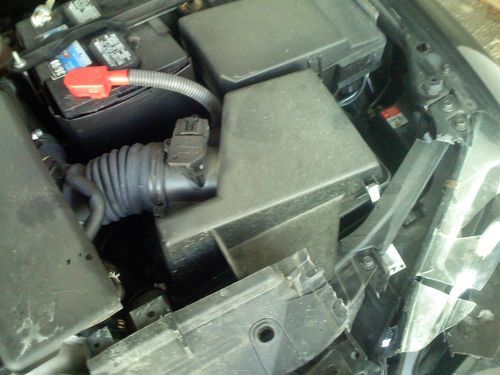 Car has been in an accident, front end collision.  Requires new condenser and radiator; windshield is cracked; hood is damaged; drivers side airbag is deployed.  Car still runs and can be driven.
History:
Car was bought new, I have been the only owner.  Car has less than 5,000 miles; was in an accident without insurance.
Payment:
Sale can be completed by PayPal or in Person; buyer is responsible for pick up or shipping.
Featuers:
Fuel