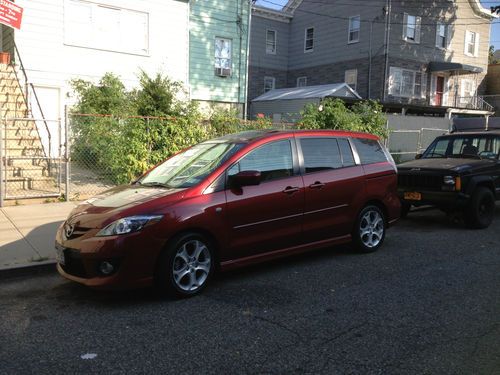 Condition: UsedA vehicle is considered used if it has been registered and issued a title. Used vehicles have had at least one previous owner. The condition of the exterior, interior and engine can vary depending on the vehicle's history. See the seller's listing for full details and description of any imperfections.Seller Notes:"Mechanically perfect. Have Carfax. 2 new tires,extra all weather mats, original radio/cd included if you want to reinstall and use the Pioneer elsewhere. Interior mint, marks on rear bumper, minor dent on driver side rear fender."

2016 Mazda MX-5 Miata in motion for the first time

By now, you've already poured over the details (however few there may be) and images of the 2016 Mazda MX-5 Miata. For us enthusiasts, it's arguably the most important new car debut of the year, and for Mazda, it marks the 25th anniversary of its iconic roadster - something that's being celebrated all weekend long out in Monterey, CA.
Our resident Miata owner, Chris Paukert, is out in sunny California and just passed along this video, showing all four generations of the MX-5 in motion (slowly), on the road at Mazda Raceway Laguna Seca. This is the first time the 2016 MX-5 has been shown driving under its own power, and it will join a wealth of other roadsters as Mazda attempts to break the world record for most Miatas in one place at one time.
Have a look at the emailed-from-an-iPhone-quality video above, and then take a moment to read Paukert's own notes from the ND Miata's live showing earlier this week, here.