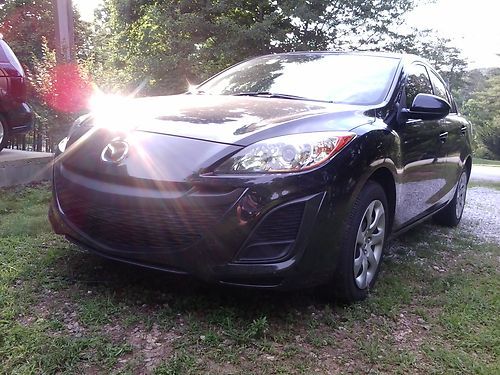 One owner! Low miles! I owned this car for commuting. It was only used for that purpose, and now I don't drive it often because I moved. The interior, exterior, engine, and transmission are all in like new condition. There are still about 20k miles left in the tires. There are no issues whatsoever with this vehicle, and it has very very little wear. I changed the oil every 5k with synthetic and performed all scheduled maintenance. This car is very reliable and has never given me any problems. I always get over 30 mpg.I made a few changes to make it better for commuting. I installed keyless entry and alarm and HID headlights (brighter for better visibility). This is an excellent car for much much less than a dealer.
There is still money owed on the car and the title transfer will be completed after sale.  This will be either accomplished by transferring the title to your lender (if you are financing) or signing the title over to you once the lien is paid.  You will have a bill of sale and all legal rights to the vehicle from the time of payment.