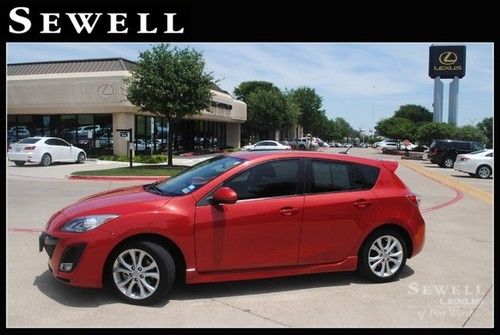 Take a long, hard look, folks. This is the refreshed 2016 Mazda CX-5, which makes its debut at the Los Angeles Auto Show today. And if you're thinking, "Say, that looks just like the old one," you really aren't alone. The visible updates certainly aren't major - Mazda has instead focused on giving the already-good CX-5 some thoughtful upgrades to make it a more attractive package than ever.
Outside, there are some slight changes to the styling, including new LED light signatures at the front and rear, as well as redesigned foglamp housings. Uplevel models also ride on attractive new 19-inch alloy wheels, with a dark finish.
Under the hood, it's all the same. Mazda's Skyactiv 2.0- and 2.5-liter four-cylinder engines carry over, with 155 and 184 horsepower, respectively. Front-wheel-drive, 2.5-liter models get a small bump in fuel economy, too - the CUV is now rated at 26 miles per gallon city and 33 mpg highway, up from 25/32. Models equipped with the automatic transmission now benefit from different drive modes, as well.