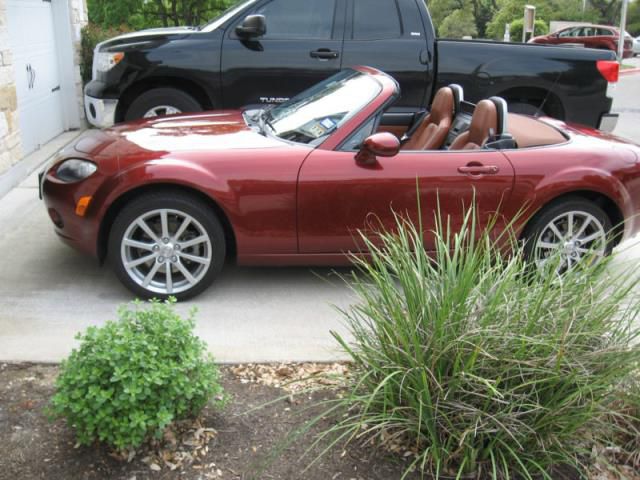 2006 Mazda Miata Grand Touring loaded with options, including all power options, Bose Sound, leather seats, and 6 speed automatic transmission with overdrive. The car can also be manually shifted with either the gear stick or the paddles on the steering wheel.. The car also has the premium package, which includes, Xenon Headlights, DSC with traction control, keyless entry, and car alarm. The car has been kept in a garage for most of its life and it shows. The car is in outstanding condition, both cosmetically and mechanically. The convertible top is in near MINT condition. The interior is almost pristine and the leather seats are in great shape. There is a door ding on the leading edge of the passenger door (see photo), some minor road rash on the front bumber and the front of the hood, and some minor shallow scratches on the quarter panels. The thermostat and the EGR (Exhaust Gas Recycle) valve were replaced last year, and I have the receipts. Besides those 2 items, only routine maintenance has been performed on the car. I have numerous additional photos that can be sent by email. Feel free to ask any questions you may have.