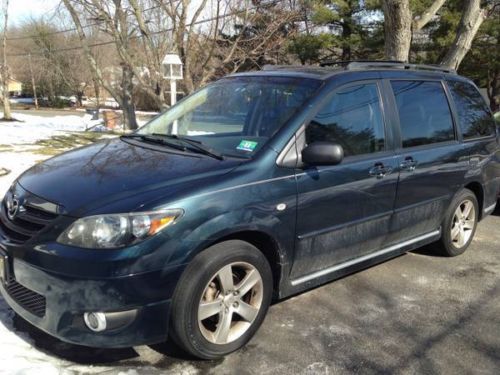 The predecessor to the Mazda6, the Mazda 626, was sold in a multitude of body styles across the globe. It could, of course, be had as a sedan, but a two-door coupe, known stateside as the MX-6, was also available on the same platform. Now, a new report from Motor Trend claims that a two-door version of the modern Mazda6 could be on the way.
This would be remarkable for a number of reasons, as automakers have been abandoning this type of non-luxury coupe for decades. A class that counted entries from Toyota, Nissan, Chevrolet, Dodge and Chrysler is now occupied solely by Honda with its Accord Coupe.
Ignoring that, though, MT claims we'll see a two-door Mazda6 in the second half of 2016. When that new variant arrives, it will be with an even more dramatic version of the sedan's Kodo design language. Mazda could rely even more heavily on styling inspiration of the Shinari Concept, which already informs the design of the current 6 sedan, when the two-door model arrives.

Looks like Mazda's big Geneva Motor Show debut is actually something quite small. Teased here, the Hazumi concept "points the way to the future" for the brand's subcompact offering, the Mazda2. Details are slim as of this writing, but from what we can see in the image above, the Hazumi will use the same Kodo design language found on the Mazda3, Mazda6 and CX-5. We're big fans of this styling direction, so we fully expect the concept to be quite an attractive little number.
Hazumi means "bound" or "spring up" in Japanese, with Mazda saying this nomenclature is "particularly well-suited to a small car that appears to be bursting with energy." In other words, say goodbye to the friendly faced Mazda2 we've enjoyed since it launched in the United States in 2010. Instead, prepare for something decidedly more assertive, hopefully improving upon the already-great driving dynamics of the current subcompact. If we're honest, we can't wait.
Mazda will also use the Geneva show to debut its new small-displacement, 1.5-liter Skyactiv-D diesel engine. The automaker hasn't confirmed that this new fuel-efficient powerplant will be part of the Hazumi concept package, but considering the two are debuting alongside each other, it would seem to make sense. As for whether or not this engine could come stateside when the next Mazda2 launches, we're not holding our breath for that, especially considering the company's current woes with US-spec diesel engines.