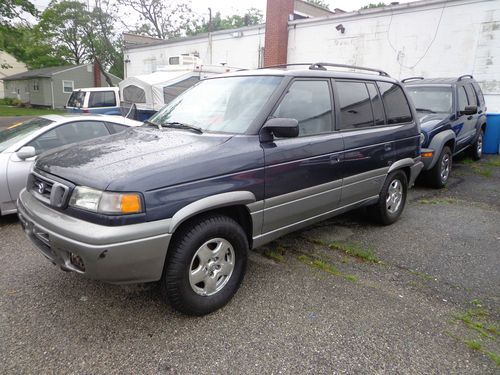 Here at Speedway Motors we are a family run buisness !!! We take pride in what we sell and stand behind every vehicle !! Every vehicle gets put threw 100 point inspection before you take delivery of the vehicle of your choice !! WE HAVE 100% GAURTEED APPROVAL IF I CANT GET YOU approved you will leave with 500 dollars!!!!! NO GIMICS !!!! COME SEE DANNY STANDRIDGE I AM THE OWNER/ FINANCE MANGER !!!!!! BRING THIS ADD IN AND YOU WILL GET 100 DOLLARS OFF YOU PURCHASE !!!! CALL DANNY ANYTIME 631 840 7720 !! WE SHIP WORLDWIDE !!!!

Japan's larger automakers - companies like Toyota, Honda and Nissan - have tremendous engineering talent at their disposal. That's largely because, selling as many cars as they do, they've got more revenues to tap into. Logic might dictate, then, that smaller automakers like Mazda, which no longer has the deep pockets afforded to it by its former partnership with Ford, might have less of a budget and workforce for engineering. But Mazda has been raking in record profits, and it plans on cashing those revenues in by hiring a substantial new pool of engineers.
According to Automotive News, Mazda is preparing to hire as many as 185 new engineers over the next two years - almost four times as many as the 50 engineers it previously targeted. Many of those engineers will be put to work developing the second-generation, Skyactiv 2 technologies that are on the drawing board while the first round of Skyactiv features are still being rolled out.
The boost in recruitment is enabled by a positive fiscal year that ended last March, marking the first profits Mazda had logged in four years. Sources anticipate that the fiscal year culminating at the end of this month will mark the company's most profitable yet, netting over a billion dollars to eclipse the fiscal year that ended in 2008 when it recorded $872.5 million in profits.