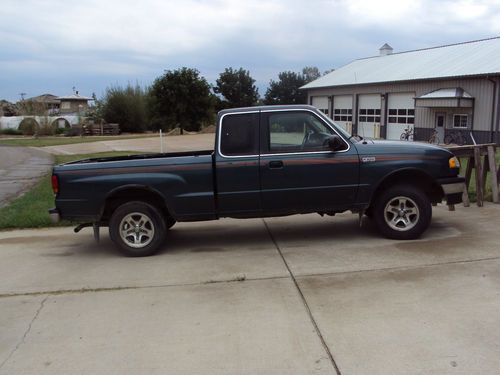 Condition: UsedA vehicle is considered used if it has been registered and issued a title. Used vehicles have had at least one previous owner. The condition of the exterior, interior and engine can vary depending on the vehicle's history. See the seller's listing for full details and description of any imperfections.Seller Notes:"Great work truck. 160xxx mi and gets 25 mpg! A little rust above wheel wells, and there's no first gear. I've been driving it for over a year, and have no problems. Just have to start in 2nd gear. All other gears are fine, and everything else in the truck works great! I wouldn't be afraid to drive it anywhere! Great work truck with a lot of life left in the truck!!"

Great work truck. I bought it with first great, and haven't had any problems with it starting in 2nd gear. Everything works fine. I drive it everyday!!

For the first time ever, the Crown Range, New Zealand's highest paved road, was closed off for the drifting pleasure of one man. That man is Mad Mike Whiddett, and the machine he's piloting is a heavily modified Mazda RX-7 sponsored by the energy-rich crew from Red Bull and powered by a 750-horsepower quad-rotor engine. There will be smoke. Lots and lots of smoke.
Mad Mike hits speeds in excess of 140 miles per hour over the course of the road's six and a half miles, which boasts 47 individual corners at over 3,500 feet of elevation. Scroll down for all kinds of fire-belching, tire-squealing and smoke-inducing action. Or, as Mad Mike himself puts it, "A dream turned into reality."