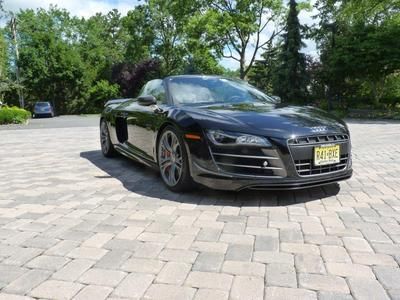 Despite the fact that Maserati has yet to officially mention the next generation of its grand touring lineup, it seems like we know plenty of details about the upcoming range of Maserati coupes and convertibles. First we heard that the GranTurismo line would be growing to include three models, then we heard that new, smaller two-seater (possibly named Gran Sport) could be here by 2016 and, most recently, reports indicated that the GranTurismo's successor will feature more compact dimensions to better take on the Porsche 911.
Now Edmunds is reporting that the 2015 GranTurismo will mark a major evolution in the design language for the Italian automaker, while the Levante SUV will get the current styling cues found on the 2014 Quattroporte and 2014 Ghibli. The article also says that Maserati is planning to offer its models with a wider range of available colors and that it will introduce new limited-edition models as well all in hopes of selling 50,000 units globally by 2015.