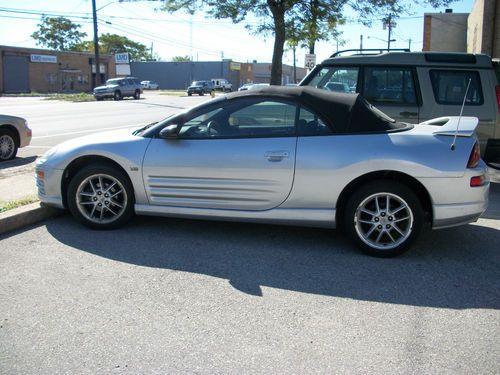 2013 Maserati GranTurismo MC Stradale gets its groove, seats back

The Maserati GranTurismo MC Stradale was exclusively a two-seater, but here in Geneva, the big Italian coupe gets its rear thrones back. We don't know if the addition of rear passenger space will help improve sales of this special trim of the aging GT, but it's at the very least an excuse for Maserati to shine a few lights on its gorgeous two-door.
Under that rakish carbon fiber bonnet is the same Ferrari-sourced 4.7-liter V8 we've loved for years now, tuned to 460 horsepower in this application and mated to Maserati's MC Race Shift six-speed automatic transmission. Other updates for the MC Stradale include new 20-inch alloy wheels and a smattering of new materials inside the cabin.
Yes, it feels like we write about some version of the GranTurismo every time we attend the Geneva Motor Show, but this car still tickles our fancy each and every time. Scroll down for the press blast and check out the four-seater for yourself in the high-resolution gallery.

Although the Maserati GranTurismo may have looked pretty hot when it hit the scene in 2007, eight years on, it's starting to show its age. Maserati is focusing its attention on the new Quattroporte, Ghibli and upcoming Levante utility vehicle, but Camal Studio is evidently keen to pick up what Maserati has let fall by the wayside.
The design house, as you may recall, was founded by former Pininfarina designers - the same firm that penned the GranTurimso (among other Maseratis) in the first place. Camal calls its redesign the Tributo (a name which should require no translation) and it draws its inspiration from Maserati GTs past like the original Ghibli, Bora and Khamsin. The resulting design comes across as clean enough, but to our eyes somewhat unremarkable. And if you're going to go to the trouble of coachbuilding a Maserati, you might as well go for a bit more visual impact. But that's judging solely from the renderings, and that's just our opinion - the financially well-endowed customers Camal is going after may feel otherwise once they see it in the flesh.