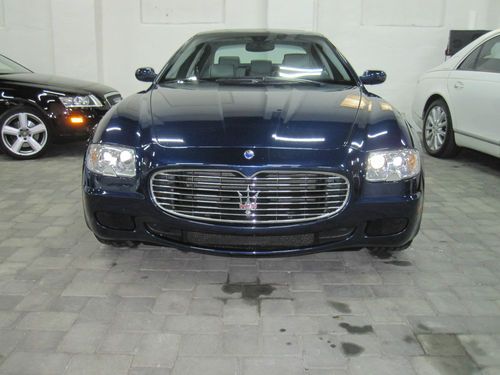 Can destroying a car be art? That question comes a bit too late for the Maserati Quattroporte seen above. The act depicted is from the music video for Adentro by Puerto Rican hip-hop act Calle 13 new single.
While the video is not yet online, the making-of featurette is available below and shows the luxury sedan getting beat with a baseball bat (and more) by the group's frontman René Pérez. According to Latin Gossip, Pérez wants to send his fans a message not to place too high a value in material objects. The Maserati represents a time in his life of too much excess, it seems...
The guy might have an argument, but it still seems pretty wasteful to destroy a perfectly good Italian sports sedan. We will be curious to see how far the destruction goes, but you can get a peak at it in the video below.