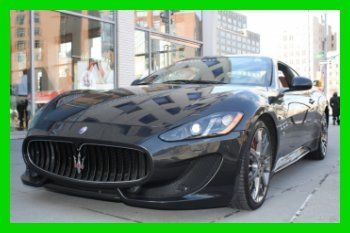 Although the Maserati GranTurismo may have looked pretty hot when it hit the scene in 2007, eight years on, it's starting to show its age. Maserati is focusing its attention on the new Quattroporte, Ghibli and upcoming Levante utility vehicle, but Camal Studio is evidently keen to pick up what Maserati has let fall by the wayside.
The design house, as you may recall, was founded by former Pininfarina designers - the same firm that penned the GranTurimso (among other Maseratis) in the first place. Camal calls its redesign the Tributo (a name which should require no translation) and it draws its inspiration from Maserati GTs past like the original Ghibli, Bora and Khamsin. The resulting design comes across as clean enough, but to our eyes somewhat unremarkable. And if you're going to go to the trouble of coachbuilding a Maserati, you might as well go for a bit more visual impact. But that's judging solely from the renderings, and that's just our opinion - the financially well-endowed customers Camal is going after may feel otherwise once they see it in the flesh.