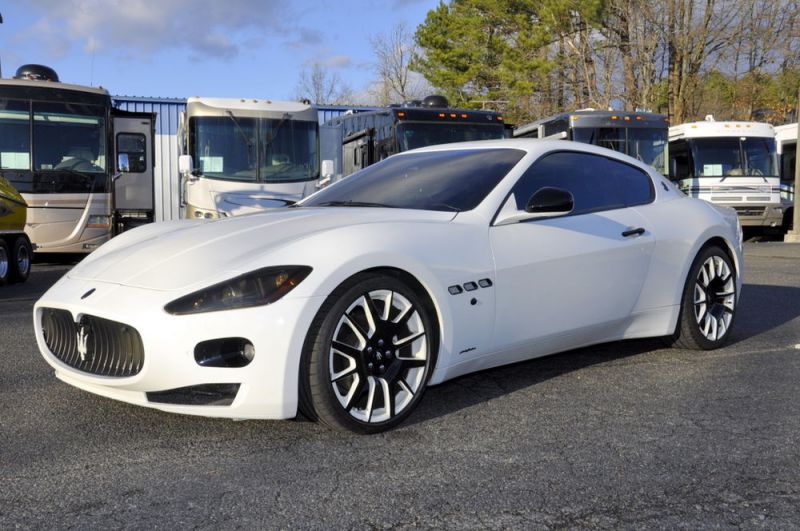 Looking to better compete with mainstream luxury automakers, Maserati has already announced its plans for expanding its model lineup. Now, these spy shots give us our first look at a new, smaller sedan that resurrects the Maserati Ghibli nameplate. Seen for the first time as a prototype rather than a Quattroporte-based test-mule, this is the closest-to-production view of the upcoming Ghibli thus far.
Aside from its name, we don't know much about the 2014 Ghibli, but we do hear that this Maserati, like the upcoming Maserati Levante SUV, will have a direct lineage to a Chrysler product. While the Levante will be based on the Jeep Grand Cherokee, it sounds like the Ghibli could use the Chrysler 300 as its starting point. This means that the standard version of the car could get Chrysler's 3.6-liter Pentastar V6 - rumored to produce around 400 horsepower - paired with the latest eight-speed automatic transmission; sportier trim levels would almost certainly get a V8 from Ferrari rather than using the 300C's Hemi.
As for some of the details apparent in the spy photos, we can obviously see the size difference between these two cars when comparing previous spy shots of the newly released 2014 Quattroporte, which we drove last week. We also see that this car gets some performance-oriented, cross-drilled brake rotors, and based on the depth of the snow in which this car was caught testing, we also wouldn't rule out the use of all-wheel-drive on the Ghibli.