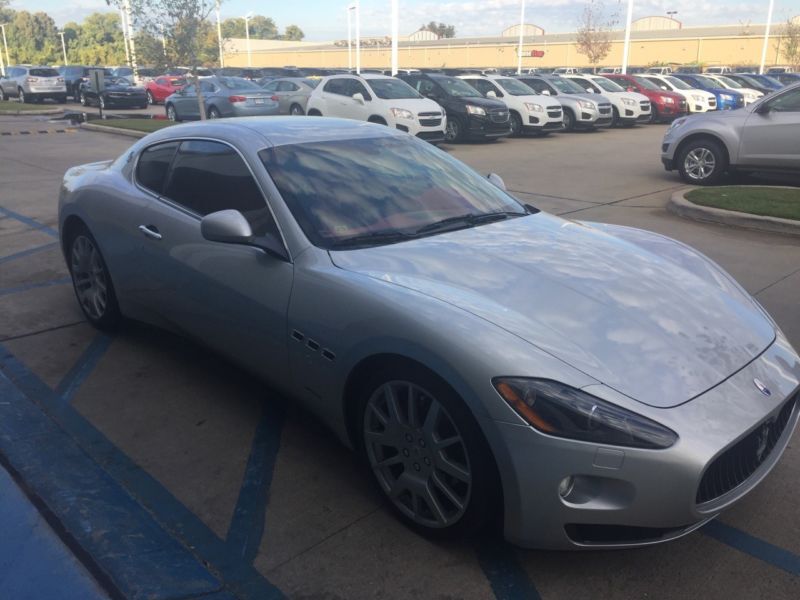 Just email me at: martiromas@netzero.net .

This car is in pristine condition. It has been perfectly maintained and has only 4,612 miles. All equipment is factory original. It came new with the optional $5,300 Tubi Exhaust system.

Looking to better compete with mainstream luxury automakers, Maserati has already announced its plans for expanding its model lineup. Now, these spy shots give us our first look at a new, smaller sedan that resurrects the Maserati Ghibli nameplate. Seen for the first time as a prototype rather than a Quattroporte-based test-mule, this is the closest-to-production view of the upcoming Ghibli thus far.
Aside from its name, we don't know much about the 2014 Ghibli, but we do hear that this Maserati, like the upcoming Maserati Levante SUV, will have a direct lineage to a Chrysler product. While the Levante will be based on the Jeep Grand Cherokee, it sounds like the Ghibli could use the Chrysler 300 as its starting point. This means that the standard version of the car could get Chrysler's 3.6-liter Pentastar V6 - rumored to produce around 400 horsepower - paired with the latest eight-speed automatic transmission; sportier trim levels would almost certainly get a V8 from Ferrari rather than using the 300C's Hemi.
As for some of the details apparent in the spy photos, we can obviously see the size difference between these two cars when comparing previous spy shots of the newly released 2014 Quattroporte, which we drove last week. We also see that this car gets some performance-oriented, cross-drilled brake rotors, and based on the depth of the snow in which this car was caught testing, we also wouldn't rule out the use of all-wheel-drive on the Ghibli.

Well that didn't take long at all. Although we just saw spy shots of the new Maserati Quattroporte last week, Maserati has now taken the wraps off its redesigned sedan ahead of a confirmed Detroit Auto Show debut. Although no official details for the car were released just yet, we can infer quite a few changes just from the images. Celebrating 50 years of the Quattroporte, Maserati is referring to this new car as a 2013 model, but it will arrive next year for the 2014 model year in the US.
The overall exterior styling of the new Quattroporte hasn't evolved too far away from the current car. There is still the sloping hood, vented fenders and shapely body lines, but it also gets a much sleeker roofline and more steeply raked front glass. It also appears that the rear wheels no longer cut into the rear doors, suggesting a longer wheelbase. The biggest change made to the car's styling is found in the rear of the car where horizontal taillights and exhaust tip design now gives it a strong Mercedes-Benz E63 AMG vibe. Inside, the four-passenger sedan now gets a more stylish two-tier instrument panel, a larger touch-screen display on the center stack and what looks to be equally sized monitors for the rear-seat entertainment system.
Under the hood, we can definitely tell that the Quattroporte still uses a V8, but aside from the press release calling it an "all-new next generation powertrain," we don't have any real details of what powers the car. Or do we? The rear 3/4 image of the new design shows a license plate number of "QP 530 HP" possibly suggesting the engine's output has been raised to 530 horsepower up from the current 425. We are also expecting a supercharged V6 at some point down the line with an output of around 420 hp, and it is likely that both engines will be paired to eight-speed automatic transmissions.