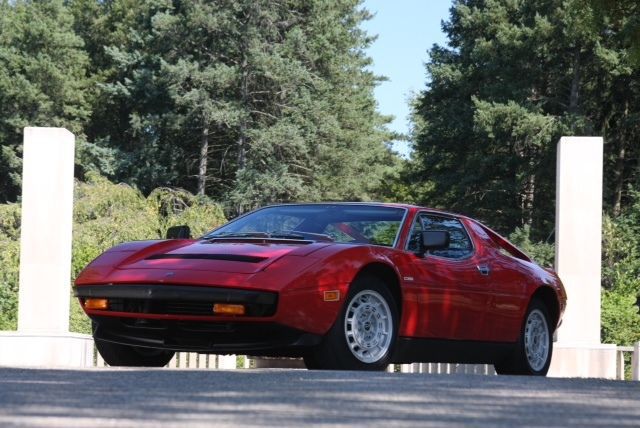 Feel free to ask me any questions about the car : mackmccopping@cobblers.org .

This is our clearest look yet at the next Maserati Quattroporte

The best look we've had at the next Maserati Quattroporte so far was found in patent drawings that could have substituted for a whole lot of other cars. But seen here is a more useful glimpse, courtesy of someone on the lookout in Italy who caught a prototype in a skin-hugging wrap.
Maserati has apparently gone with the Charles Eames philosophy on the redesign: "The details are not details. They make the design." The overall line is familiar - not such a bad thing even on this 10-year-old sedan - but the detailing appears to have been refined and made sleeker. The taillights themselves should make for an especially interesting feature if the camo'ed car can be trusted.
The next Quattroporte is predicted to be roughly 450 pounds lighter than the current car, and underhood grunt is expected to come from a 520-horsepower, 5.2-liter turbocharged V8 at launch, followed by a 420-hp, supercharged V6 supplied by Ferrari, both working through an eight-speed ZF transmission.

2015 Maserati Ghibli gets the lightest of updates [w/video]

Maserati continued its centennial celebration this week with a lightly updated version of the 2015 Ghibli at the Los Angeles Auto Show.
The sedan is enhanced with navigation and Bluetooth features, which are now standard. Reinforcing that this is a light refresh, Maserati gave the brake calipers a new finish, and contrasted stitching is also added on the Ghibli and Ghibli SQ4 models.
Maserati is also throwing in a free three-month "all-access" subscription to SiriusXM satellite radio for the Ghibli, Quattroporte and GranTurismo.