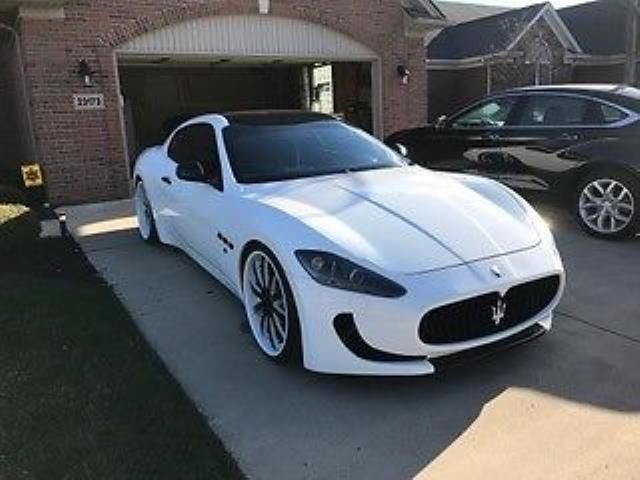 Totally custom artic white and phantom black Gran turismo with custom black andwhite interior with white and carbon fiber grey trimming. Has new paint , 22forgiato rims with new tires , new battery and new cam variators installed 100miles ago. All service has been kept up to date. This car is one of a kind so notire kickers! No trades serious inquires only!

Maserati's small two-seater could arrive by 2016

As a following act to the redesigned Quattroporte and the recently unveiled 2014 Maserati Ghibli, Maserati will be releasing a slew of new products in the coming years, including the next-generation GranTurismo, the all-new Levante SUV and a new 911-fighting coupe - possibly called Gran Sport. While all of this information was detailed last year in a leaked product plan document, there were no dates associated with any of the new products. Auto Express is now reporting that the new GranTurismo will be out in 2015 and the new smaller coupe is expected out in 2016.
According to the report, the new coupe will be smaller and sportier than the GranTurismo, and it will feature a mid-engine layout with a platform that isn't shared with the Alfa Romeo 4C. This product onslaught is a part of Maserati's plan to increase sales to 50,000 units globally by 2015.