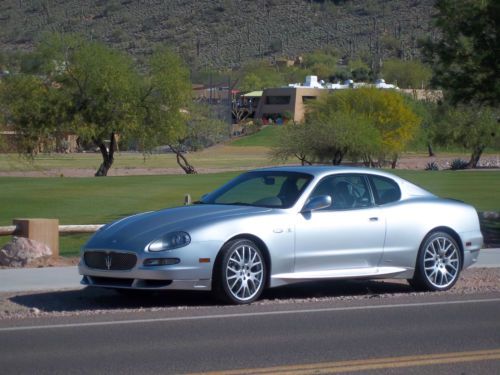 In case you missed it, Maserati has decided to introduce the world to its next Quattroporte well ahead of its official debut at the 2013 Detroit Auto Show in January. As expected, it's beautiful.
Not content to leave well enough alone, the Italian automaker has revealed a series of videos to go along with the six images and press release it had already let loose upon the globe's unsuspecting automotive press.
We're still a bit shaky on the details, but Maserati says the Quattroporte's new engine, assembled by Ferrari in Maranello, will "[establish] new benchmarks for Maserati in terms of power and acceleration." That sounds good to us, though we're not sure if that means 530 horsepower as possibly alluded to by the license plate on the press shots. We also note that the automaker says the car is designed to accept "a wide range of engine architectures," so that rumored supercharged V6 sounds likely.

Maserati's small two-seater could arrive by 2016

As a following act to the redesigned Quattroporte and the recently unveiled 2014 Maserati Ghibli, Maserati will be releasing a slew of new products in the coming years, including the next-generation GranTurismo, the all-new Levante SUV and a new 911-fighting coupe - possibly called Gran Sport. While all of this information was detailed last year in a leaked product plan document, there were no dates associated with any of the new products. Auto Express is now reporting that the new GranTurismo will be out in 2015 and the new smaller coupe is expected out in 2016.
According to the report, the new coupe will be smaller and sportier than the GranTurismo, and it will feature a mid-engine layout with a platform that isn't shared with the Alfa Romeo 4C. This product onslaught is a part of Maserati's plan to increase sales to 50,000 units globally by 2015.