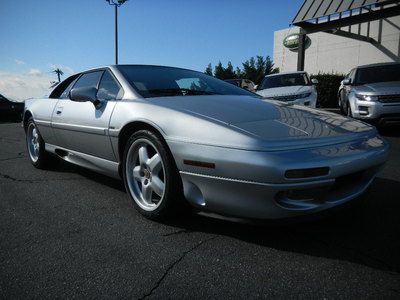 There's been a changing of the guard at Lotus recently. The legendary British sports car manufacturer fired its controversial chief executive Dany Bahar and replaced him recently with Jean-Marc Gales. And now it's named a new chief designer. Or rather, renamed its old one to the post.
That designer is the appropriately named Russell Carr, who had previously held the post until Bahar brought in his former compatriot Donato Coco (with whom he had previously served at Ferrari) and charged him with designing a series of ambitious but ill-fated concept cars that debuted at the 2010 Paris Motor Show and were subsequently axed on Bahar's way out. Now Coco has been shown the door as well, effective at the end of this month. In his place, Carr - who has been with Lotus since 1990 - has been given back his old job after having been demoted to playing second fiddle to Coco for five years.
Although both Gales and Coco both served in senior positions at PSA Peugeot Citroën, Gales didn't join the French automaker until 2009 - the same year that Coco joined Lotus, five years after having left PSA to work at Ferrari.