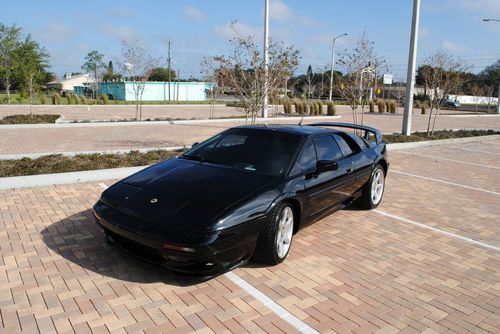 We can scratch off one more car from the list for the 2014 24 Hours of Le Mans. The Lotus T129 LMP1 car has been dropped from the entry list of the 82nd running of the historic race, with organizers citing "a lack of preparation" as the reason. On a more positive note, the list of 168 drivers in 56 vehicles has been officially published for the June 14 race.
Like the Lotus team currently in Formula One, the Lotus T129 uses the iconic British brand's name and colors but is actually built by a separate company. It previously ran a Lola chassis in the LMP2-class (pictured above). The Le Mans organizers claim the car will likely be on display during the 24-hour race, but it won't make it's competition debut until the World Endurance Championship round at the Circuit of the Americas in September. The T129 is being replaced by an Oreca 03 chassis with Nissan power in the LMP2 class, entered by Millennium Racing.
The Lotus' retirement came as the teams had to send in the names of the three drivers nominated to race each car. This year there are racers from 26 countries with the most coming from France (39), Britain (29), the US (17) and Italy (15). The latest tally of entries breaks down to 9 LMP1s, 19 LMP2s, 9 LM GTE Pros, 18 LM GTE Ams and the Nissan ZEOD RC as the experimental Garage 56 entry.

Being a Formula One driver has its privileges. First off, you get to drive F1 cars for a living. You get treated like royalty and fly around the world. And if you're lucky, you might get a supercar thrown at you once in a while. It all depends on which team you drive for.
Fernando Alonso, for example, has had countless Ferraris, Maseratis, Abarths and Jeeps thrown his way. Lewis Hamilton was a little disappointed not to get the keys to that rare McLaren F1 LM when he won the championship. But Pastor Maldonado just got his hands on a new Lotus Evora S.
Pastor who now, you ask? Pastor Maldonado. The first Venezuelan driver in F1, Maldonado won the GP2 title in 2010 then made the jump to F1, driving for Williams for the past three seasons, impressively winning the Spanish Grand Prix in 2012. Now he's at Lotus filling Kimi Raikkonen's seat, and took delivery of his white Evora - complete with 3.5-liter supercharged V6 and six-speed sequential gearbox - in Monte Carlo last weekend during the Monaco Grand Prix.