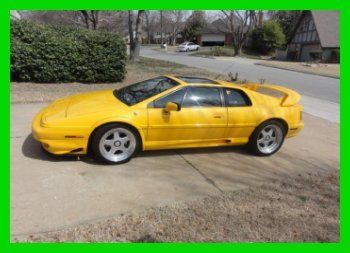 The Lotus Evora has taken many forms as a race car over the past few years, starting in 2009 with the Type 124 Endurance Racer built for the FIA GT. Since then, Lotus has developed a GT4 Cup version designed for a one-make series, the Evora GTE that currently competes in the GT class of the ALMS and the recently introduced Evora GTC.
Now, Lotus has released the Evora GX, a variation of the GTC tweaked to specifically meet the requirements of Grand-Am's new GX class that will launch at the start of the 2013 race season. While the two cars are very similar, using the same lightweight carbon fiber and plexiglass bodywork, the GX version gets a thicker U.S.-spec roll cage, a revised front splitter and bumper, a standard Grand-Am rear wing, yellow headlights and a new fuel filler system. ABS and traction control have also been removed per Grand-Am regulations.
Pricing for the Evora GX is listed at $335,000 with each one built to order, and one customer has already taken the plunge. McMahon Raceworks has placed an order and should have the car on the starting grid at the first race next year.