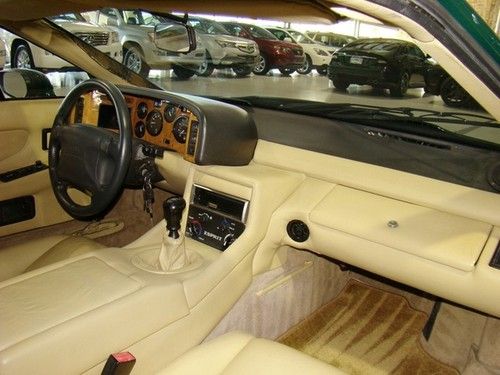 Lotus offers Exige S Roadster for sale, but not in North America

The first thing you need to know is that this is the Lotus Exige S Roadster, unchanged from the Exige S even in price and officially the fastest convertible Lotus has ever made. The second thing you need to know is that if you live in the US, you won't be getting this car.
Now that that's out of the way, the lack of a roof, rear wing and front splitter help make it 22 pounds lighter than the coupe, coming in a 2,565 pounds, and the supercharged 3.5-liter V6 in this topless blossom discharges 345 horsepower and 295 pound-feet of torque. For historical comparison with a non-convertible, those numbers nearly match the 2004 Lotus Esprit V8 Final Run edition - which had twin Garrett turbochargers. Yet the Exige S gets from a stoplight to 60 miles per hour in 3.8 seconds, nearly a full second quicker than that Esprit. Fair play, though, the Esprit did weigh 3,040 pounds.
It will be fitted with a six-speed manual only, and cost 52,900 pounds ($79,667 US), 55,378 euros ($71,404 US) or 8,500,000 yen ($82,078 US), depending on where you live. Here in the US we'll be sticking with the track-only Exige V6 Cup and Cup R models. The press release below offers more on the fine points.