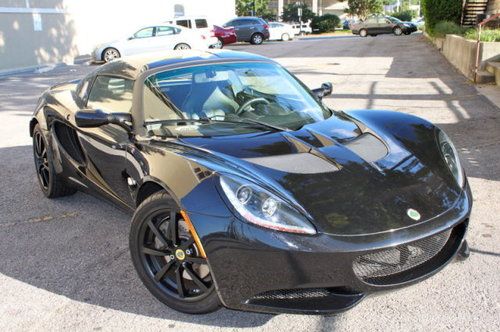 Lotus responds to rumors of demise, promises 2016 MY Evora

It's not been a great week for Lotus. Seven days ago, the UK-based automaker laid off a quarter of its workforce, terminating "up to 325 jobs." And then, just a few days ago, it was reported that the company would be ending US sales of its well-received Evora due to the expiration of an airbag exemption. The Evora is the only vehicle Lotus sells in the US, meaning its end effectively removes the brand from the market.
That was apparently a bridge too far, though, as the company has issued defiant statement, claiming it'll be back, in both the US and Canada, for model year 2016, with an air-bag compliant Evora.
"I know that this will be welcome news to our thousands of owners and fans in North America, but the reality is that there was never any intention to leave. The North American market is vitally important for us and we intend to expand our dealer network and grow our sales volumes in the future," Jean-Marc Gales, CEO of Group Lotus said in a statement. "I would like to thank our fantastic Lotus following for their support over the years and remind them that we are working on many exciting products for the future. We will continue to explore our core values on how to make a sports car better by making it faster, lighter and maintain the pure driving experience."