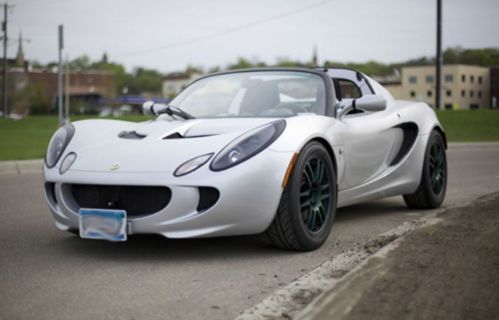 Last year about 80 examples of the 2011 Lotus Evora S were recalled over an issue with the oil feed pipe. The same number of 2011 Evora S', but with different manufacture dates, are back in the recall box again for a very similar issue; this time it's the engine oil cooler hose that could rupture and spray oil either onto the rear wheels or a hot engine part. Neither of those cases is good, and the latter could potentially lead to a fire.
Lotus is working on a solution, so a recall date hasn't been announced. The bulletin below from the National Highway Traffic Safety Administration has more information.

What separates a road car from a race car? You're looking at it. It's the Lotus Exige V6 Cup, a model based on what is already one of the most hardcore performance machines on the road, albeit upgraded to an even harder-core spec. It's a good 130 pounds lighter than the Exige S (a vehicle which didn't have much flab to trim in the first place) and can hit 60 in under four seconds. With the notably exception of certain versions of the Porsche 911, there aren't a lot of six-cylinder cars that can claim that kind of performance.
In fact, the Exige V6 Cup is so close to race spec that it's already eligible for a number of racing series. Just bolt in the removable FIA-certified roll cage, maybe swap on some slick tires and you're good to go. Then you can drive it home again when you're done, just like in sports car racing's heyday. But don't take our word for it: the team over at XCar took the V6 Cup to the UK's Goodwood circuit to see how it compared to the Exige S it recently drove, and you can view the stirring results in the video below.

Lotus has just announced a new Evora 'Sports Racer' model that is, well, frankly not much more sporty or racy than the standard Evora or Evora S. Instead, the British company calls the Sports Racer a "visually enhanced and optimized version" of both the Evora and supercharged Evora S. To unpack that a little: The new trim will get a new set of unique exterior colors and a revised interior treatment, and it's fully decked out with options.
The 'Sports Racer' will be available in the buyer's choice of Carbon Grey, Nightfall Blue and the Ardent Red that you see in the image above (the only image we've seen of the car so far). Gloss black accents set the model apart and can be seen on the roof, forged wheels, mirrors and rear badges. Inside, one may choose between black-leather sports seats with red piping and stitching, or a Venom Red leather interior with black piping and stitching. How naughty.
In terms of tech, the 'Sports Racer' gets Lotus' Sports Pack and its remapped throttle response, higher redline, more powerful cross-drilled brakes and a more aggressively programmed Dynamic Performance Management system. The stereo system is also upgraded from the basic Evora, with a DVD player and seven-inch touchscreen display thrown in for good measure.