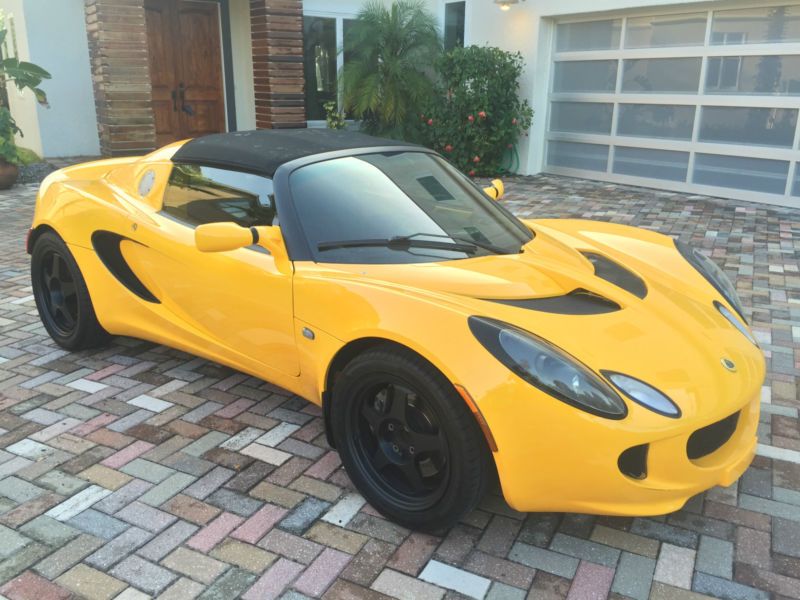 This car runs and drives like brand new. The car has always been garage
kept and has a clean carfax. I've installed a Difflow 5 element rear diffuser and 2bular exhaust. I still have the
stock parts, as well as an aftermarket air intake that is not installed. I have removed all of the plastic grill
covers and changed them to the mesh style as seen on the Exige models. New head unit is Pioneer with Bluetooth and
a USB input, and the speakers have all been replaced and upgraded too. Rims are Rota Slipstreams and wider than
stock to fit larger, brand new, Potenza tires.
This car has never been on the track. Many of the miles are highway. I drove it from Jacksonville to west palm
weekly for almost a year. I've also driven to Austin Texas and taken it on a trip to the mountains. The aftermarket
exhaust isn't crazy loud and is easy to drive with out being annoying even on long trips.

Elise Time Attack could be most extreme Lotus yet

The Lotus Elise has given birth to some seriously fast and varied machinery. Aside from Lotus' own models like the Exige, 2-Eleven, 340R and Europa, electric vehicles like the Tesla Roadster, not to mention the never-released Dodge Circuit and Detroit Electric SP:01, are all based on the Elise's platform. As were/are the Melkus RS 2000, the Opel Speedster/Vauxhall VX220 and the Hennessey Venom GT. But this could be the most extreme use of the lightweight chassis yet.
This Series 1 Elise has been built by one performance-obsessed Brit with a single purpose: to compete in the UK's Time Attack championship. For those unfamiliar, Time Attack is something like a rally or a hillclimb event, only it takes place on a racing circuit. Each vehicle goes out on the track by itself and sets the best time it can, without needing to worry about other competitors until the finish line is crossed and it's the next racer's turn. That's what drove Lee to modify his Lotus so thoroughly, with more wings, diffusers, flaps and carbon fiber than a Boeing factory. Check it out in the video below.