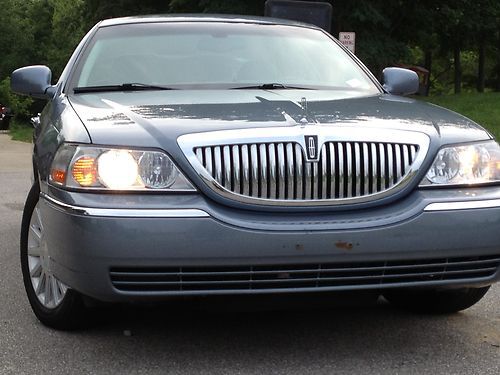 here is a beautiful 2004 lincoln town car signature, v8 with 117k miles , . this car is loaded with all options including lumbar seats and parking sensors. i bought this car from my cousin who ownes a dealer and took it on trade. i've had it for 2 months now , this car looks and runs great, it has couple of dings but hard to notice. this car has no leaks of any kind...no noises of any kind.

please dont bid if you  are not willing to pay.

please come inspect the car before submitting an offer.

i reserve the right to end this sale at anytime .