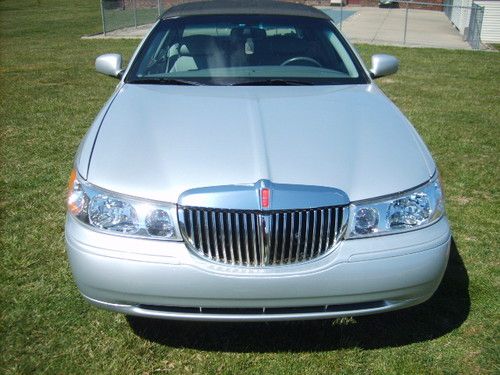 Condition: Used: A vehicle is considered used if it has been registered and issued a title. Used vehicles have had at least one previous owner. The condition of the exterior, interior and engine can vary depending on the vehicle's history. See the seller's listing for full details and description of any imperfections. ...
2001 Lincoln Town Car

Payment in full via cash, postal money order, or cashier's check is required before title transfer. Buyer is responsible for any shipping costs or pick-up. If you have any questions about this auction, please don't hesitate to contact me; a phone number will be provided upon request. Thank you very much!