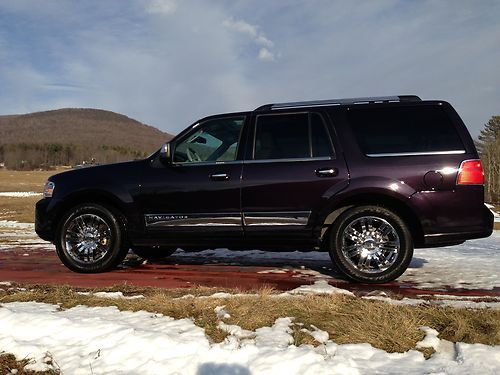 This is a  2007 one owner Garage Kept SUV that was Wife driven, It is in Mint Condition ! I undercoated it myself when I got the truck and it only seen one winter. It has new Rotors, calipers and Brakes, also just put on new Good Year Tires. It has never been hit and never seen any bodywork or touch up paint. It has 48K pampered miles. This SUV has every option available at the time, Heated and cooled seats, 3rd Row seats, DVD with brand new remote headsets, Moon Roof, Automatic sideboards , etc, you can look at my window sticker. I encourage you to come look at and test drive the Truck. I will  also let you back out of deal if you dont like it when you come to pick it up!