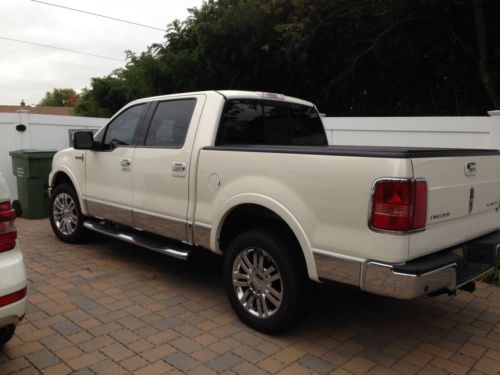 Condition: UsedA vehicle is considered used if it has been registered and issued a title. Used vehicles have had at least one previous owner. The condition of the exterior, interior and engine can vary depending on the vehicle's history. See the seller's listing for full details and description of any imperfections.Seller Notes:"Pearl White (Garage kept most of time, covered when outside)Loaded with Chrome Package50K miles all service recordsBed liner and Hard cover (BAK FLIP)All leather prisitineNON SMOKERNot a scratch on itIncludes cover"

Pearl White (Garage kept most of time, covered when outside)
Loaded with Chrome Package
50K miles all service records
Bed liner and Hard cover (BAK FLIP)
All leather prisitine
NON SMOKER
Not a scratch on it
Includes cover

Not much else to say besides it perfect