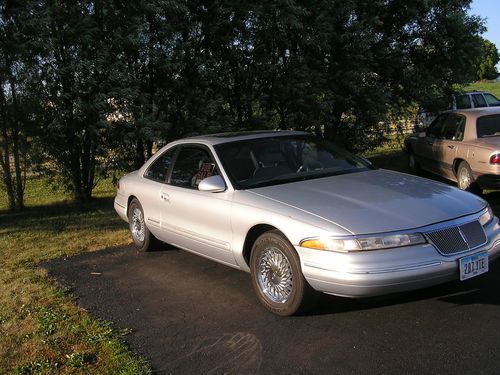 !996 Lincoln Mark VIII Diamond (75) Anniversary Edition. This car is fully loaded with every option Ford had for that year including a cell phone in the console. It was purchased new in Phoenix, AZ. It has always been garaged and is rust free car with about 40,000 miles on it. There were less than 500 vehicles of this model made. It's a special edition with a special interior including the floor mats. The back side glass have etched in the glass Diamond Anniversary Edition. It even has some of the paper assembly tags still under the car on the parts. Where else call you get almost new car that 17 yrs old.