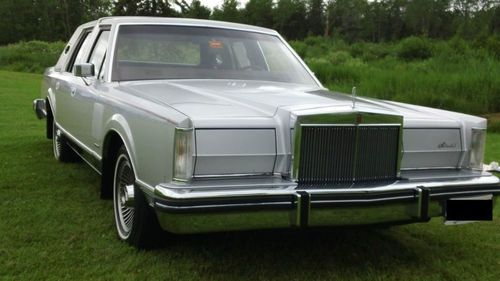 Just under 50,000 Miles, car is in great condition Has been rust proofed/Oil lubricated, Vinyl top has slight fade to it, still soft. The trunk does not stay up. Other than those two imperfections the car has been a daily driver for the last 10,000 miles. The first 37,000 was from 83'-11'. Tires are in great shape and has been maintained. average mile per gallon, around 17. very comfortable ride. has only one winter only a handful of times. RESERVE IS LOW  thousands below value. good luck! Buyer is responsible for pick up or shipping.