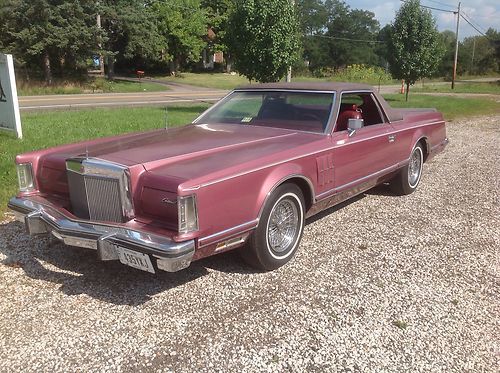 You are bidding on a 1977 Lincoln Mark V Pick Up known as a "Coloma" This is one of only twelve built in California by Caribou Motor Co. The body and paint is in great condition with the exception of two paint chips (shown in the pics.). The car runs and drives great with 80,000 original miles. Interior and carpeting shows slight wear and some leather cracks. Motor, Trans., Hoses and Belts are all excellent. New Tires. All gauges, power windows and seats work.