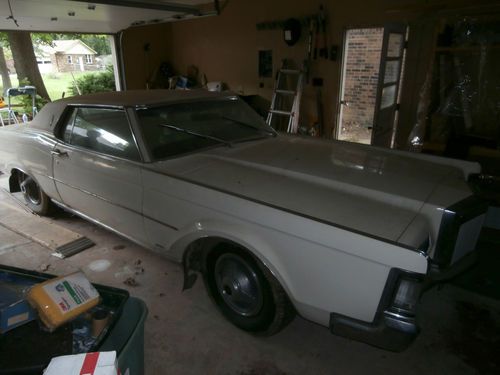 Condition: UsedA vehicle is considered used if it has been registered and issued a title. Used vehicles have had at least one previous owner. The condition of the exterior, interior and engine can vary depending on the vehicle's history. See the seller's listing for full details and description of any imperfections.Seller Notes:"This Lincoln is an old estate car that has been parked for the last 33 years, and it is all original with no rust. It ran when parked but the battery has been removed. The interior needs some attention, but with some cleaning this baby will certainly turn heads going down the road."