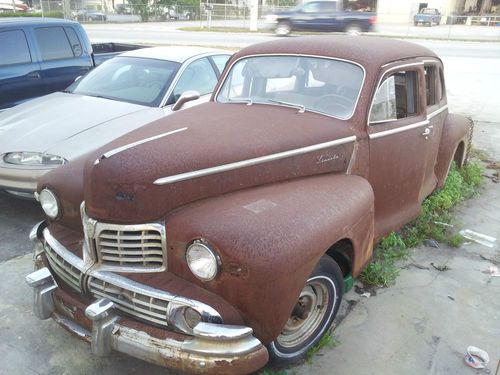 Parting out 1940's lincoln. Many of the exterior parts are very good for restoration project. All the bumpers and other trim parts , fenders hood doors have surface rust.for more info regarding this item email me thru PayPal for pricing. Thanks