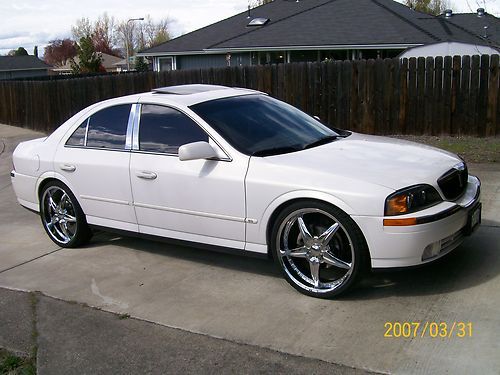 VERY CLEAN inside and out

Interior is in GREAT shape and everything works perfectly.

Exterior is in GOOD shape with usual signs of daily use. NO MAJOR BODY DAMAGE ANYWHERE ON THIS CAR. Biggest flaw is a pea size chip on passenger rear door handle.

The in-dash dvd player screen has a short in it. The screen comes on but if you tilt the screen at a certain angle it will go black. I always had my iPod plugged in anyways so it never bothered me. Not a expensive fix, local stereo shop can fix that for cheap.

Car just recently started having a rough idle. Runs great other then the rough idle. I am pretty sure it is the catalytic converter. I am tired of putting money into this car since I have 4 other cars that are more a priority.

You WILL NOT find another car that looks like this at this price.

I have way to many cars and other projects and i have had this car for 8 years now. It's time to let it go.

I have tons of pics if you want to see more let me know.

Feel free to email me with any questions anytime!

I require Immediate payment through Paypal.