Lincoln: Continental Base on 2040-cars 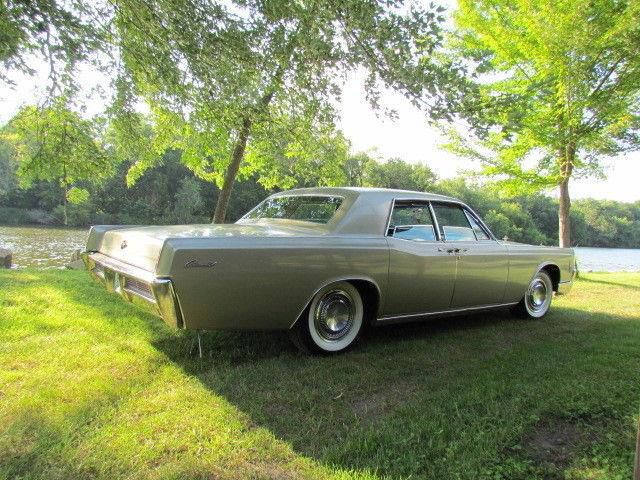 4TH OWNER OF THIS BEAUTIFUL CAR. ORGINALLY FROM CA, WHICH HAVE CA BLACK PLATES AND NO RUST.I HAVE OWNED THIS CAR FOR 3YRS, IN THIS TIME MY FAMILY HAS GROWN FROM HAVING 2 SMALL KIDS AND OVER THIS TIME ADOPTING 2 MORE LITTLE KIDS, SO I DONT GET TO ENJOY DRIVING MUCH AND THAT IS THE ONLY REASON I AM SELLING. I AM GOING TO LIST THE FEW THINGS THAT COULD BE ADDRESSED BUT DO NOT HAVE TO AS I WOULD NOT HESITATE DRIVING FROM COAST TO COAST IN THIS CAR (EXCEPT FOR THE GAS MILEAGE. PAINT HAS SOME FADING AND MINOR CHIPS, CLOCK DOESNT WORK, A/C NOT HOOKED UP.THINGS NEW: BATTERY, AMERICAN CLASSIC TIRES, OIL/FILTER WITH AS MUCH MOTORCRAFT PARTS AS I COULD GET. EXHAUST HAS HIGH PERFORMANCE MUFFLERS SO SOUNDS GOOD. EVERYTHING ELSE IS ORIGINAL! ALL SWITCHES WORK NO PROBLEMS.
Any questions dont hesitate to ask : delf8fogertysolomon@mynet.com