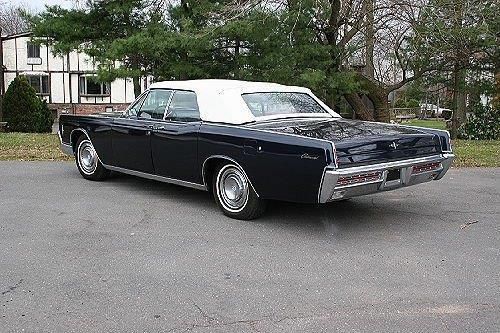 If you have any questions please email at: jeseniajddatson@mancityfans.com .

If you don't like attention and lots of head turning then this vehicle is not for you. This car is very clean and
in great running condition. Everything works on it. This car needs nothing but a driver to enjoy it. Besides the
features already mentioned, this drop top also has an Alpine detachable face radio in the glovebox with remote
control, Kenwood two-way speakers in the front and rear decks, 8" JL Audio sub-woofer in a box that matches the
trunk carpet, Fosgate amp, trunk has been completely recarpeted with custom made removable fiberglass panels, 22"
Foose Legend chrome wheels wrapped with Falken 265/35/22 tires, rear air shocks that can be aired up to lift the
rear when driving with rear passengers, also has original 1966 black license plates. The car also comes with the
original OEM wheels with whitewall tires and OEM hubcaps. Own a part of history and enjoy one of the best cars made
that was ahead of its time in the 60s.