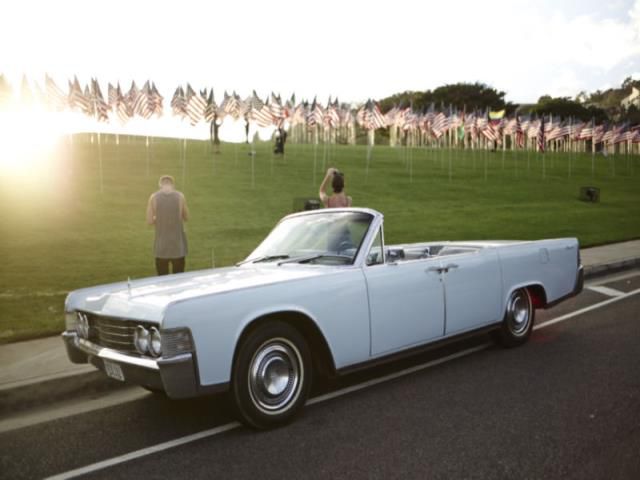 For Sale 1965 Lincoln Continental all Original, same model as seen in the movie Entourage . Hey Guys, I am going to sale my all original SoCal 1965 Lincoln. I hate to let this car go but I mist invest the money in a business deal and hopefully see baby blue again in the future. Im the third owner of this vehicle, I happily purchased the vehicle almost 3 years ago. The engine is the original engine which is a 430 cid with the original transmission. When I changed the tires on this vehicle the spare tire was from 1965!!!!! Thats how much the car was not driven and how original it is. Everything on the vehicle works except the top which I never fixed because I drove in sunny Southern California. I removed the two pins from the hydraulics which allowed me to open and close it with two people. Never had issues with the car mechanically, I drove it from Orange county to Palm Spring and back.Please watch the video on youtube under All Original 1965 Lincoln Continental Convertible Ebay_1 All New TiresInterior All OriginalOriginal 430cidOriginal Transmission Original Body ColorOriginal Interior Dual Front Disc Brakes Electrical and mechanical fuel pump Electrically Fan Cooled & Clutch Fan Cooled AC Works Just needs FreonAll working windowsWorking Radio Antenna Indexing on back windows workingNo Smoke No Overheating No Electrical Issues No Dings on bodyMinor Dings on Chrome Bumpers Thank You.
Please contact me only at : maynardgeigerrs2@mynet.com