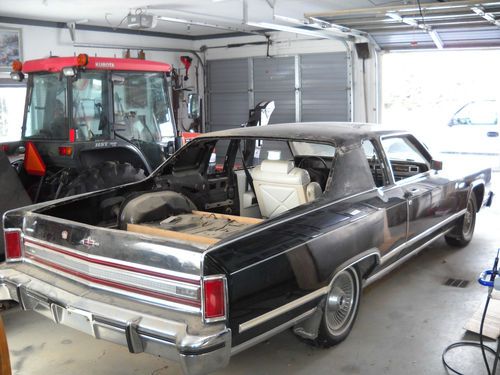 1979 Lincoln ranchero project. project is 50% complete. rear seat and trunk were removed to make a cargo bed. all removed parts ( glass, seats, trim, ect ) are included. body is straight and in good condition. starts, runs ,drives good and there are no fluid leaks. millage may not be correct