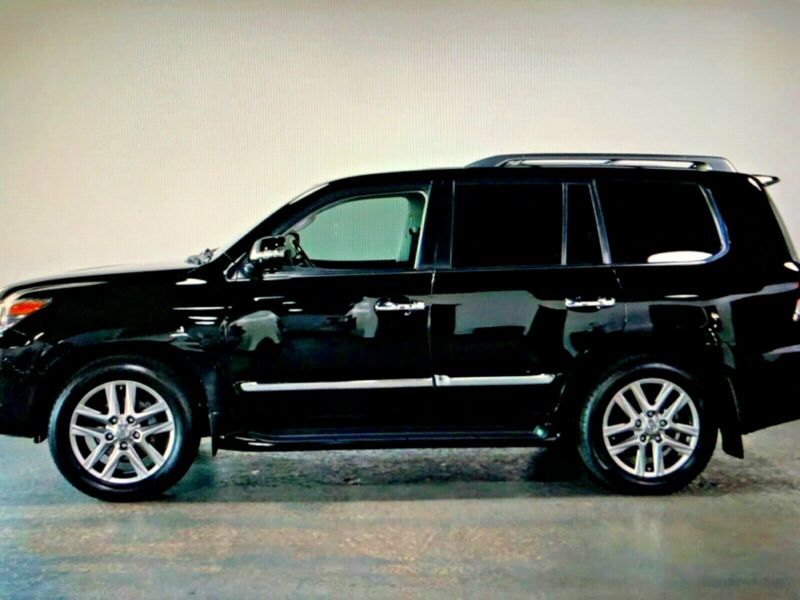 Gorgeous! Beautiful leather! Loaded with Rear DVD and like new Michelins. Two Owners with 94,700 highway miles
on a vehicle that typically goes 300k miles plus. Forget unreliable Mercedes, BMW, or Land Rover. Stick to the
highest of the reliable Toyota/Lexus food chain. Come see this great vehicle and drive her anywhere!


Seller highly encourages buyer to come see and drive the vehicle in Lubbock,Texas to confirm it meets their
expectations. Seller opinion of the car is stated but they are not a mechanic and cannot guarantee its mechanical
condition. No warranties are given, expressed, written or implied. No refunds or returns can or will be given.
Buyer accepts the vehicle as-is, where is in its current condtion. Driver side rear door was repaired after being
bumped while stationary in a parking lot we were told from the previous owner. As a used vehicle there will be
imperfections: scratches, door dings, carpet stains, etc. Some stock photos used for description and some actual
due to a bad weather day for photos. Seller intends to trade the vehicle in for a different vehicle. Buyer
accepts receiving the title from a dealer once/if it is traded in on a new vehicle and dealing with that dealer for
paperwork etc.