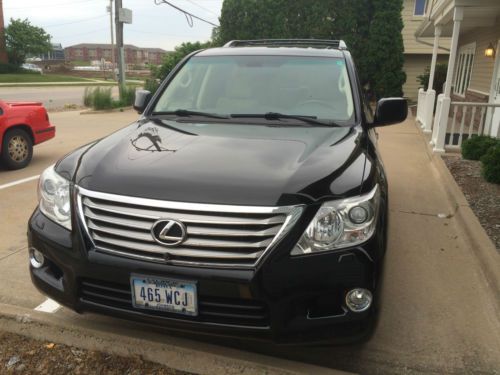 Lexus Racing's booth designers at the Tokyo Auto Salon clearly loved a certain French electronic music duo when they decided to promote the new Lexus RC F racecar from the Super GT series. The Daft Punk-inpsired race team appeared ready for a pit stop in this promo photo, wearing custom double-breasted suits made from race gear as well as top hats, headphones and reflective sunglasses.
Lexus Racing showed the car in the summer when it was known as the LF-CC, but the Tokyo Auto Salon gave the public the first chance to see the renamed RC F in full race trim. It replaces the aging Lexus SC 430 GT500 car with a sharper, more aggressive racing weapon making 500 horsepower from a 2.0-liter turbocharged four-cylinder engine.
The RC F, Nissan GT-R and Honda NSX form a trio of new models in the top-spec GT500 arm of Super GT, as the class goes through one of its biggest changes in its history. The GT500 class and DTM in Germany are unifying their rules for the new season. The cars have the same limits on exterior dimensions and weight. The only major difference between them is that the GT500 cars are using 2.0-liter turbocharged four-cylinder engines, and the DTM is using naturally aspirated 4.0-liter V8s in its cars.