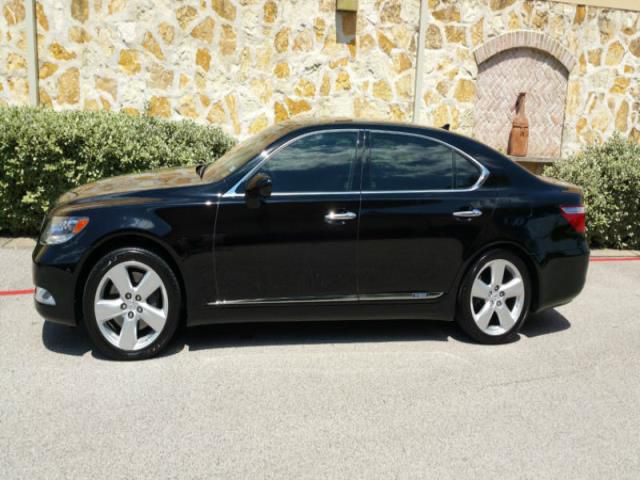 This LS600hL is in great condition. There are some rock chips on the front bumper, lower front portion of hood and some pits in the windshield from normal driving, but nothing excessive or beyond normal wear and tear. There are a few minor nicks and very light scratches that have been touched up, but nothing beyond normal wear and tear for an 08 model. There was one bird poop stain on the hood, about the site of a half dollar that was touched up and then wet sanded down to make it slick and smooth again; it is not very noticeable, but is there if you look for it. There is one very small minor dent on the passenger front door that should easily come out with paintless dent repair. This car has no paintwork and has never been wrecked or damaged to my knowledge. The tires have about 50% tread life remaining. I have had all Lexus scheduled maintenance performed at Lexus of Austin since I have owned this vehicle. I have the books, two remote keys and a credit card key. I had ceramic window tint added when I purchased the car in August of last year. The ONLY reason that I am selling this black beauty is due to a major career/job change. I now must purchase a truck for my daily driver. This car is an AMAZING ride and drive. This is the ULTIMATE road car! This car has TONS of immediate power (due to the TWO electric motors of the hybrid drive system) yet can also get you about 26 MPG's on the highway cruising at 85 mph-Email with any questions.