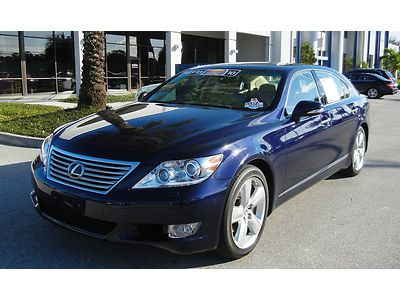 As we patiently wait for the all-new Lexus RC to be unveiled at the Tokyo Motor Show in November, Motor Trend has dug up some tasty info on the Japanese automaker's new coupe for us to discuss. While we already knew some speculative, but credible, details on the upcoming two-door Lexus, MT reportedly has the dish on some details of the hotter RC F coupe (shown in the spy shots above).
The article says that the F will carry a six-figure MSRP and use a 455-horsepower, 5.0-liter V8 with cylinder deactivation, mated to an eight-speed automatic transmission. Carbon fiber body components will help reduce curb weight, and the scooped hood is said to optimize aerodynamics as the car will reach a top speed of around 186 miles per hour. Specific high-speed handling improvements include specially developed Brembo brakes, a beefed-up suspension, Michelin Pilot Sport PS2 tires and an automatic decklid spoiler.
As for other RC models, MT mentions the hybrid and V6 variants we already heard about, but it also says that the car could get a 2.0-liter turbo engine. This will probably be the engine used in the base model, which is expected to start at around $40,000. Head on over to Motor Trend for the full article, including a rendered image of the RC F.