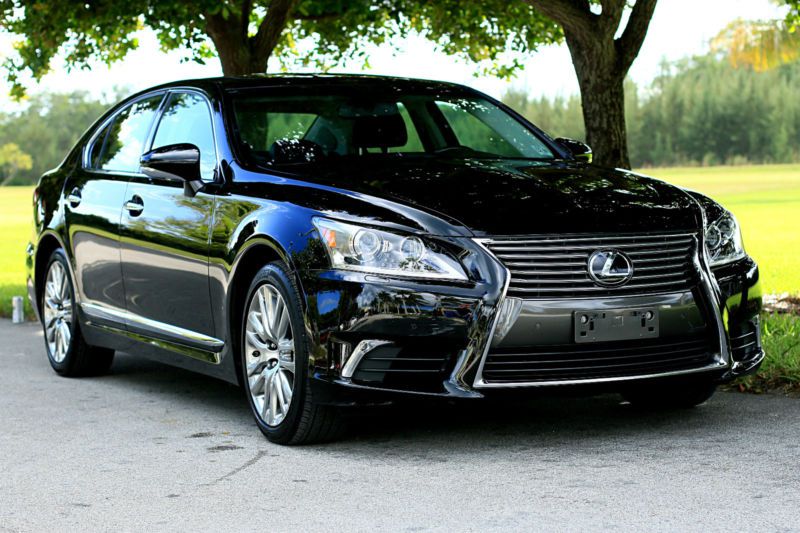 If you have any questions feel free to email: frankie.simon@offensivelytolerant.com .

Up for sale is a stunning black on black 2014 Lexus LS460 AWD with only 27,300 original miles. This low mileage
Lexus is the absolute definition of loaded - new sticker price was $83,926! The options are comfort package, blind
spot monitor, 19’ alloy wheels, Mark Levinson audio, pre collision warning system, etc. The condition of this
Lexus is excellent inside and out. All service is up to date and there are no mechanical problems guaranteed. Tires
were recently replaced as well. Don’t miss this incredible Lexus – you won’t find another one like it!
Please note - this vehicle has a rebuilt title due to very minor freshwater damage to the vehicle’s interior. The
water level was very low and all we had to replace was the carpeting, as well as electronic modules that were under
the carpeting that got wet. The powertrain was not affected whatsoever and there are no mechanical problems with
the car, everything works absolutely perfect and the car is the same as new inside and out.